You are here: Home / Vocabulary / Question: The word “mains” in paragraph 1 could best be replaced by 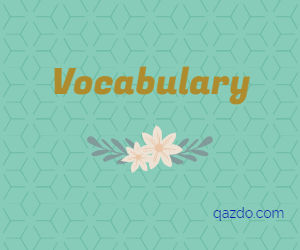 Read the following passage and mark the letter A, B, C or D on your answer sheet to indicate the correct answer to each of the questions below.

Early peoples had no need of engineering works to supply their water. Hunters and nomads camped near natural sources of fresh water, and populations were so sparse that pollution of the water supply was not a serious problem. After community life developed and agricultural villages became urban centres, the problem of supplying water became important for inhabitants of a city, as well as for irrigation of the farms surrounding the city. Irrigation works were known in prehistoric times, and before 2000 BC the rulers of Babylonia and Egypt constructed systems of dams and canals to impound the flood waters of the Euphrates and Nile rivers, controlling floods and providing irrigation water throughout the dry season. Such irrigation canals also supplied water for domestic purposes. The first people to consider the sanitation of their water supply were the ancient Romans, who constructed a vast system of aqueducts to bring the clean waters of the Apennine Mountains into the city and built basins and filters along these mains to ensure the clarity of the water. The construction of such extensive water-supply systems declined when the Roman Empire disintegrated, and for several centuries local springs and wells formed the main source of domestic and industrial water.

The invention of the force pump in England in the middle of the 16th century greatly extended the possibilities of development of water-supply systems. In London, the first pumping waterworks was completed in 1562; it pumped river water to a reservoir about 37m  above the level of the River Thames and from the reservoir the water was distributed by gravity, through lead pipes, to buildings in the vicinity.

Increased  per-capita  demand has coincided with water shortages in many countries. Southeast England, for example, receives only 14 per cent of Britain’s rainfall, has 30 per cent of its population, and has experienced declining winter rainfall since the 1980s.

In recent years a great deal of interest has been shown in the conversion of seawater to fresh water to provide drinking water for very dry areas, such as the Middle East.  Several different processes, including distillation, electrodialysis, reverse  osmosis,  and direct-freeze evaporation, have been developed for this purpose. Some of these processes have been used in large facilities in the United States. Although these processes are successful, the cost of treating seawater is much higher than that for treating fresh water.

From A. Briggs’ article on culture , Microsoft® Student 2008

Previous Post: « Question: The polar bear’s________depends on its ability to catch fish.
Next Post: Question: A number of programs have been initiated to provide food and shelter for the underprivileged in the remote areas of the country. »