You are here: Home / Reading skills Training / Question: What does the author hope to show in this passage? 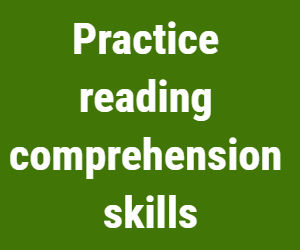 Read the following passage and circle the letter A, B, C, or D on your answer sheet to indicate the correct answer to each of the questions.

THE TRUTH BEHIND THE DA VINCI CODE

In 2006, Sony Pictures released a remarkable and intriguing film entitled The Da Vinci Code, based on the novel of the same name by Dan Brown. In the film, religious leaders and professors are in a race to discover the secrets of an organization called the Priory of Sion. The biggest secret kept by this organization is supposedly that Jesus Christ and a woman whose name is recorded in the Bible as Mary Magdalene had a child, and that their family 55 line continues to this day. In a TV interview, Dan Brown stated that, in his book, “all of the art, architecture, secret rituals, secret societies, all of that is historical fact.” However, while the Priory of Sion did exist, it’s nothing like the one which is so central to The Da Vinci Code.

The Priory of Sion was started in France in 1956 by a skillful liar named Pierre Plantard. Priory means religious house, and Sion was a hill in the town of Annemasse, where the Priory was started by Plantard and four of 60 his friends. At first, their group fought for housing rights for local people, and their offices were at Plantard’s apartment. The organization promised to benefit the weak and the oppressed, and to do good in general. However, there was a darker side to the Plantard’s Priory.

Plantard actually hoped to use the Priory of Sion to claim to be a descendant of French kings. Between the years 1961 and 1984, Plantard created the enigma of a much more powerful Priory than his insignificant organization. First, in order to give the impression that the Priory began in 1099, Plantard and his friend Philippe de Cherisey created documents, called the Secret Dossiers of Henri Lobineau, and illegally put them into the National Library of France. Next, Plantard got author Gerard de Sede to write a book in 1967 using the false documents; the book became very popular in France. This phenomenon is similar to the popularity of The Da Vinci Code, where a book based on false information or speculation becomes popular.

Matters were complicated when in 1969, an English actor and science-fiction writer named Henry Lincoln read Gerard de Sede’s book. Lincoln did not know of Plantard and his schemes, and may have been a victim of the hoax. He seemed to believe what he read, and jumped to even more wild conclusions, which he published in his 1982 book, The Holy Blood and the Holy Grail. He and his co-authors declared as fact that the Priory started in 1099; that its leaders included Leonardo Da Vinci, Isaac Newton, and Victor Hugo; that the Priory protects the descendants of Jesus 75 Christ and Mary Magdalene; and that these descendants ruled France from A.D. 447 to 751. All this was based on reading a novel based on the false facts from documents which were a hoax. Most modern historians do not consider Lincoln’s book to be a serious work of history.

How can we be so sure that Plantard created this hoax? Well, the best witness to a crime is the criminal himself. Over 100 hundred letters between Plantard, de Cherisey, and de Sede, discovered by researcher Jean-Luc 80 Chaumeil, show clearly that they were trying to pull an elaborate hoax. In fact, in the 1990s, Plantard got in trouble with the law, and his house was searched. Within it were found many false documents, most harmless, some of which said he was the true king of France. As a final embarrassment, Plantard had to swear in a court of law that the enigma of the Priory of Sion was the work of his imagination.

What does the author hope to show in this passage?

A. Dan Brown knew his book wasn’t based on fact.

B. The Da Vinci Code is based on fact.

D. The Priory of Sion was a hoax.
Question:

What is true about the real Priory of Sion?

>B.
It is connected to the leaders of France.

>C.
It has a secret about Jesus Christ and Mary Magdalene.

Why did Plantard put documents in the National Library of France?

A.
He wanted Henry Lincoln to find them there.

>B.
He believed that he knew the truth and wanted to tell everyone.

>C.
He wanted people to believe that the Priory began in 1099.

According to the passage, who did NOT know about the creation of the Priory of Sion hoax?

Which claim was NOT made in The Holy Blood and the Holy Grail?

>B.
The Priory of Sion protects the descendants of Jesus Christ.

>D.
Isaac Newton was a leader of the Priory of Sion.

Previous Post: « Question: It can be concluded from the first paragraph that
Next Post: Question: Which of the following is closet in meaning to the word “particulars” in paragraph 1? »