You are here: Home / Practice Writing English / Question: The newspaper reports that James was awarded the first prize. 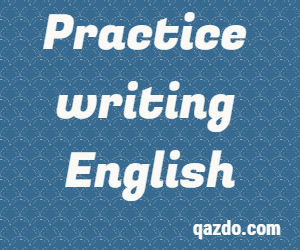 Mark the letter A, B, C or D on your answer sheet to indicate the sentence that is closest meaning to each of the following questions.

The newspaper reports that James was awarded the first prize.

Previous Post: « Question: When I heard the phone ring, I answered it immediately.
Next Post: Question: I would rather you wore something more formal to work. »