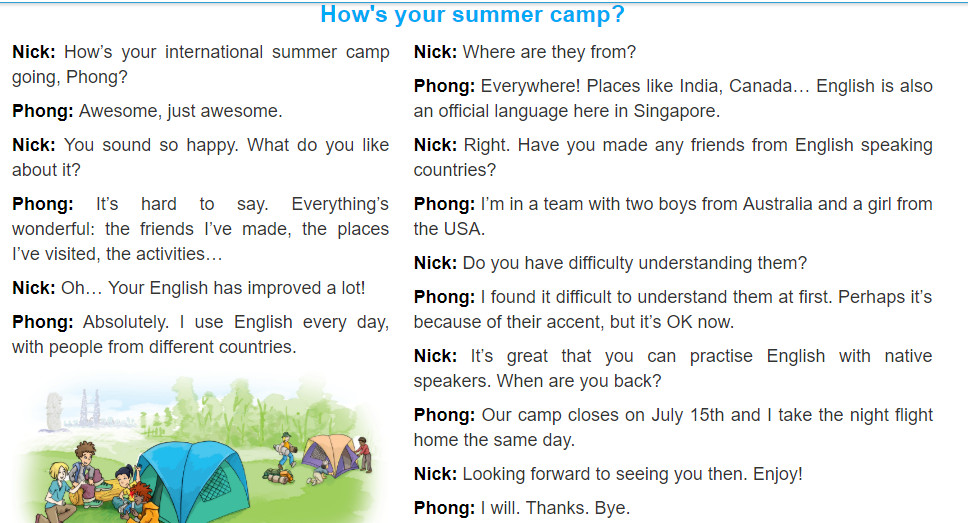 Nick: How was your international summer camp, Phong?

Wind: Great, all I can say is great.

Wind: It’s hard to say. Everything was great: the new friends I met, the places I went, the activities…

Nick: Oh… Your English has improved a lot!

Wind: Sure. I use English every day, with people from different countries.

Nick: Where did they come from?

Nick: Right. Do you make friends in English speaking countries?

Wind: I am in the group with two male friends from Australia and one female friend from the US.

Nick: Do you find it difficult to understand them?

Wind: At first, I found it difficult to understand them. Maybe because of their voices but it’s fine now.

Nick: It’s great that you can practice English with native speakers. When are you coming back?

Wind: Our summer camp ended on July 15th and I took a night flight home that day.

Nick: See you then. Have fun!

2. agree with someone: absolutely / right

4. not sure about something: perhaps

2. Where do the campers come from. (Where did the camp people come from?)

4. Why has he been able to improve his English.

(Why can he improve his English?)

3. He has made new friends, visited places, and taken part in different activities.

(He made new friends, visited places and participated in other activities.)

4. Because he uses English every day with people from different countries.

(Because he uses English every day with people from different countries.) 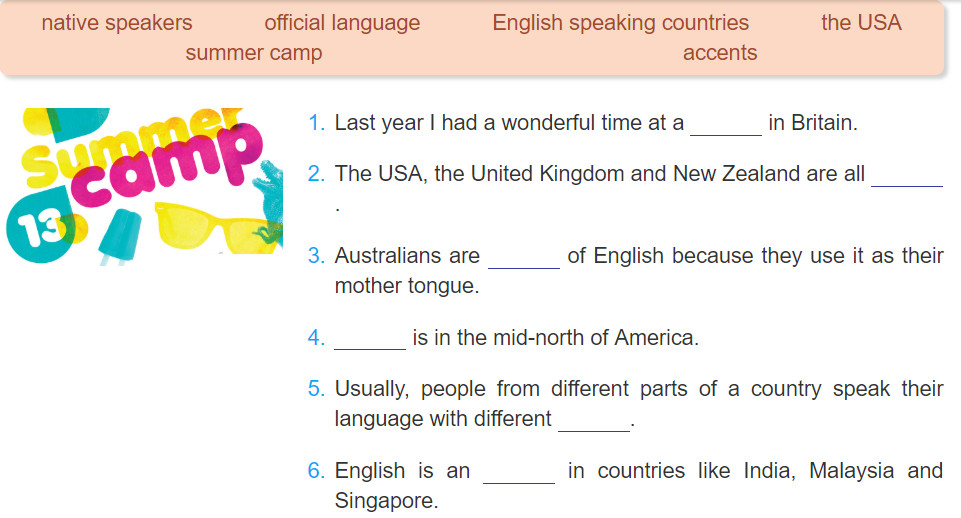 1. Last year I had a good time at a summer camp in England.

2. USA, UK and New Zealand are all English speaking countries.

3. Australians are native speakers of English because they use it as their mother tongue.

5. Usually, people from different parts of a country speak the language with different accents.

6. English is the official language in countries like India, Malaysia and Singapore.

Put the names of the countries under their flags. (Put the country names below as its flags.) 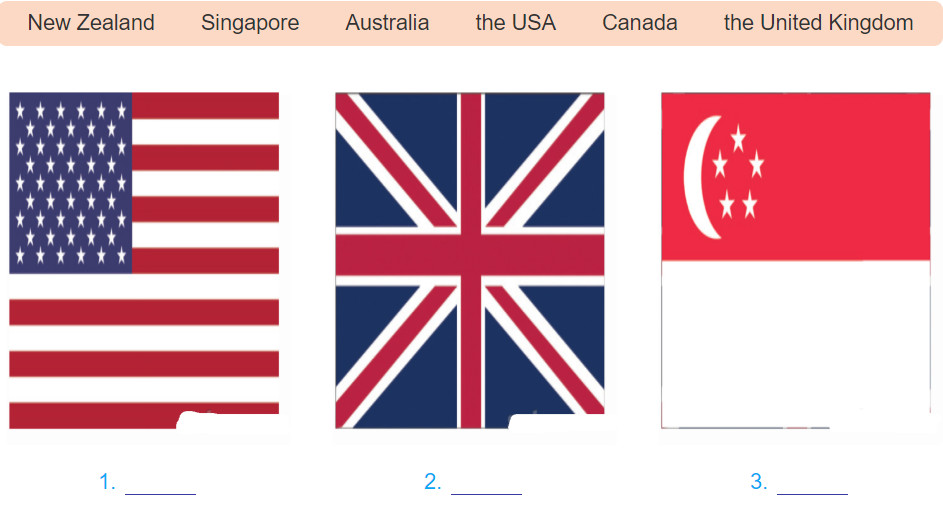 Work in groups of 5 or 6 friends. Identify the countries in section 3 on the map below. The first group to find the countries wins.

A. leave B. leaving C. will leave D. leaves

A. has become B. become C. became D. becoming

Question 10: English is the __________ language of many countries, including Britain and Philippines

At the end of the lesson, students should memorize the following words: