You are here: Home / Class 8 English / Unit 12 grade 8: Life On Other Planets – Getting Started

Unit 12 grade 8: Life On Other Planets – Getting Started

Positive: You know, Trang and I watched a very interesting movie yesterday!

Pediatric: Which film is it?

Pediatric: Oh, I love this series, but I just watched Star Trek 2009. What is Into the Darkness about?

Positive: Well, after their adventure on a journey to the planet Nibiru in Star Trek 2009, Captain James Kirk and his team return to Earth aboard the Enterprise in 2259. However, they then have to fight the enemy. a dangerous terrorist named John Harrises, who wants to destroy the Earth.

Positive: Yes. Kirk actually died trying to stop him, but thankfully, he came back to life. After all, it’s just a movie!

Pediatric: A happy ending! But it makes me think about the real world… Can Earth be in such danger?

positive: Funny, Trang also asked me what I think will happen to Earth in the future?

Pediatric: And how do you answer?

Positive: I said I don’t know but Earth could be controlled by aliens.

4. Nhi and Trang sometimes think about the future of the world.

5. Yang seems certain about the future of the Earth.

3. When does the story in Star Trek in to Darkness happen?

(When did the story in Star Trek Into Darkness happen?)

2. They went to Nibiru planet. (They go to the planet Nibiru.)

4. It’s the name of the spaceship that the crew travels on.

(It’s the name of the spaceship the crew rides on.) 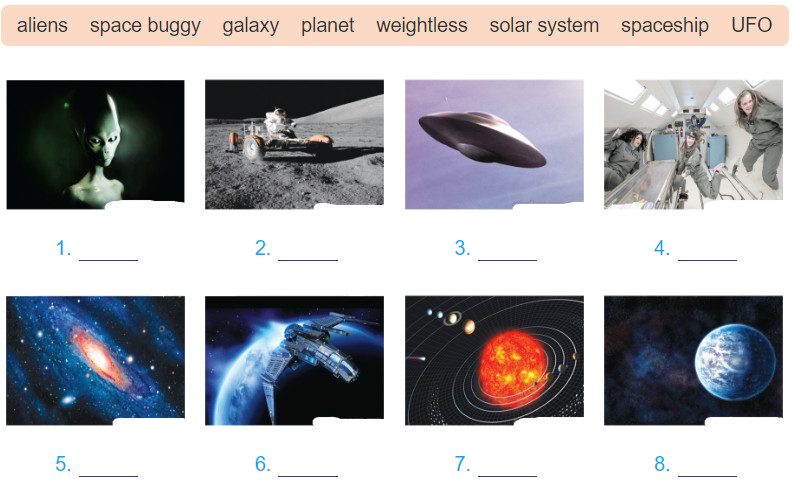 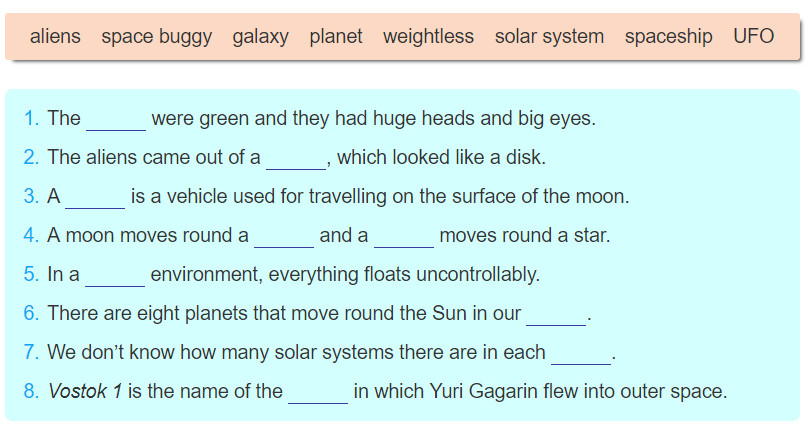 first. The aliens were green and they had huge head and big eyes.

2. The aliens came out of a UFO, which looked like a disk.

(The aliens come out of an unidentified flying object, which looks like a saucer.)

3. A space buggy is a vehicle used for traveling on the surface of the moon.

(A space wagon is a vehicle used to travel on the moon.)

6. There are eight planets that move round the Sun in our solar system.

(There are eight planets that move around the Sun in our solar system.)

7. We don’t know how many solar systems there are in each galaxy.

(We don’t know how many solar systems are in each galaxy.)

8. Vostok 1 is the name of the spaceship in which Yuri Gagarin flew into outer space.

(Vostok 1 is the name of the spaceship in which Yuri Gagarin flew into space.) 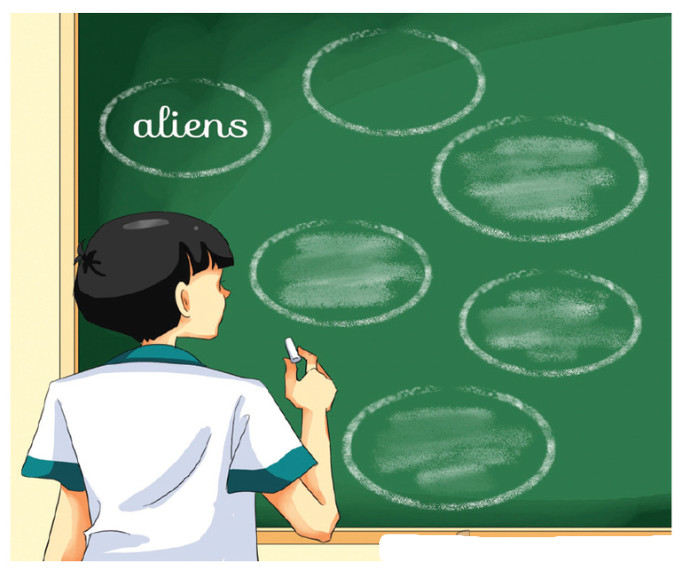 Question 1: Scientists claim that there are __________ eight planets in our solar system.

At the end of the lesson, students need to reread the conversation between Duong and Nhi, do the exercises; Also memorize the following words: